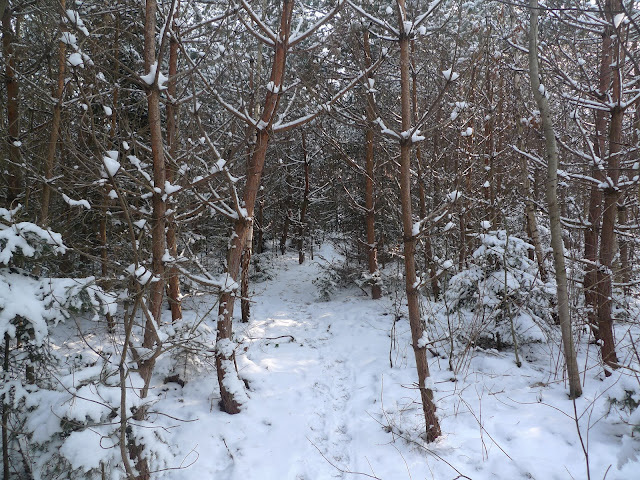 Purple tea all on my tongueThe purple taste lingers  so longActin' funny, but I don't know why 'Scuse me while I kiss the sky 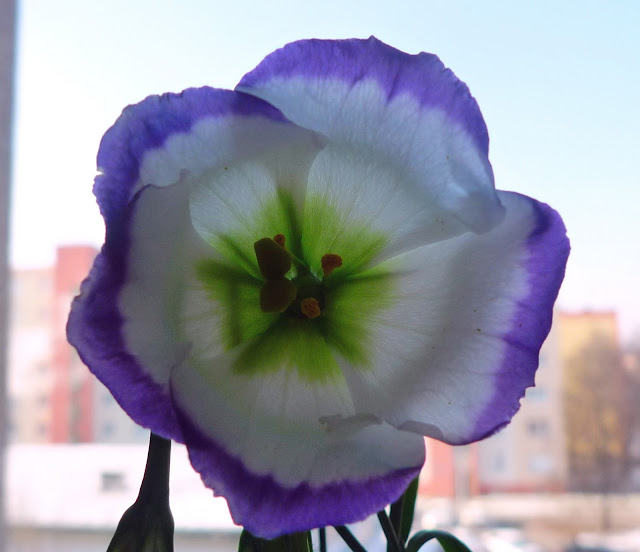 Note that the number of petals is, as in most flowers, a Fibonacci number...

These are purple days in purple haze, me throwing purple gaze on purple cakes. The day before yesterday, I've had YS Purple tea, yesterday, it was the 2007 Haiwan Purple bud about which I'll be writing now. Today, it's YS Purple tea 2010.

Some people say that in human beauty competitions, the asian girls always are the most beautiful (well, people say many things, others say the same about brazilian girls, european, etc.). In the world of tea, I fell in love with purple cakes (at least visually, though, to a degree, in the way of taste too).

I tend to rather like Haiwan - not that they would always do great (or even good) stuff, but there are some nice cakes from them to be encountered. When I first opened the sample bag with the 2007 Haiwan Purple bud a year ago, the first thought was "Wow, Biff Tannen would loathe this tea...". You may remember him saying "I hate manure" on several occasions. The tea smelled absolutely like sweet, cow manure. I have tasted it three times from then, always feeling that this is an interesting cake, although never feeling like loving the tea really. 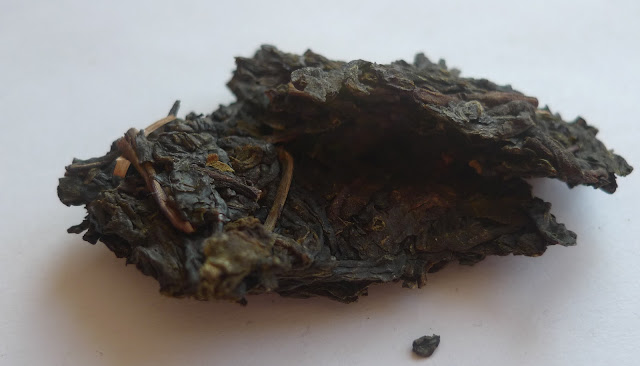 The aroma of wet leaves is very thick, sweet, smokey-manure-fruity.
I feel like saying "Impressive, most impressive" in the way here: http://www.youtube.com/watch?v=KVjOH7WeEKk&feature=related

The liquor is already orange, certain aged characteristics appear in the taste and the aroma. This cake is aging nicely so far.

The taste is, as the aroma is, sweet, smokey, manure (not nearly as unpleasant as one might think) and fruit. This is rather unusual (at least in my experience) - to have smokiness and heavier fruitiness in a single tea, I thought they XORed each other. The smokines was not as pronounced last year. Even now, it is not too powerful (as if the airplane carrying the sample has briefly flown over Guoyan TF) - however, I'd prefer if it was not present at all.

The taste is harmonic, thick - just as I like it. The aftertaste is good. The smokiness is unnecessary, but it may be that it is from a sample which did not get a very good aging conditions. I actually quite enjoy the manure taste (which merges nicely with the purple-iness and fruitiness) - it is a normal taste, after all - often found in wine too.

I enjoy this cake as it is rather unique and although I never felt like being absolutely in love with it, I'll be buying several cakes. I have felt the compulsion to drink it several times, being limited by its low quantity. Such a specific character for $22? Why not. When I get whole cakes, I'll add more photos here, as well as the report on the smokiness. 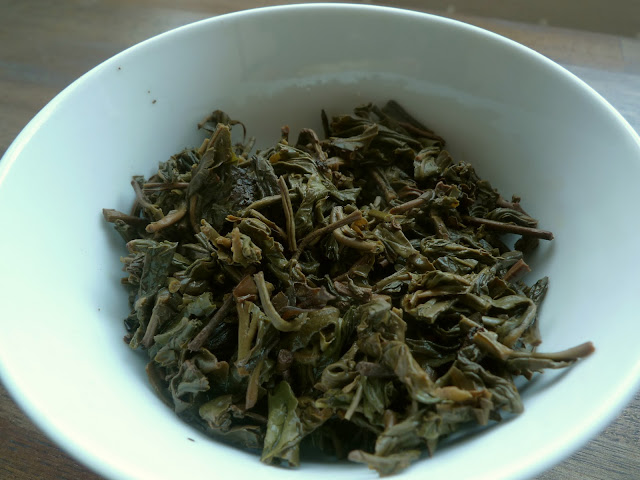 One more exam to go...back to backpropagation networks and the likes of them :)