And here comes another oolong from Chawangshop: 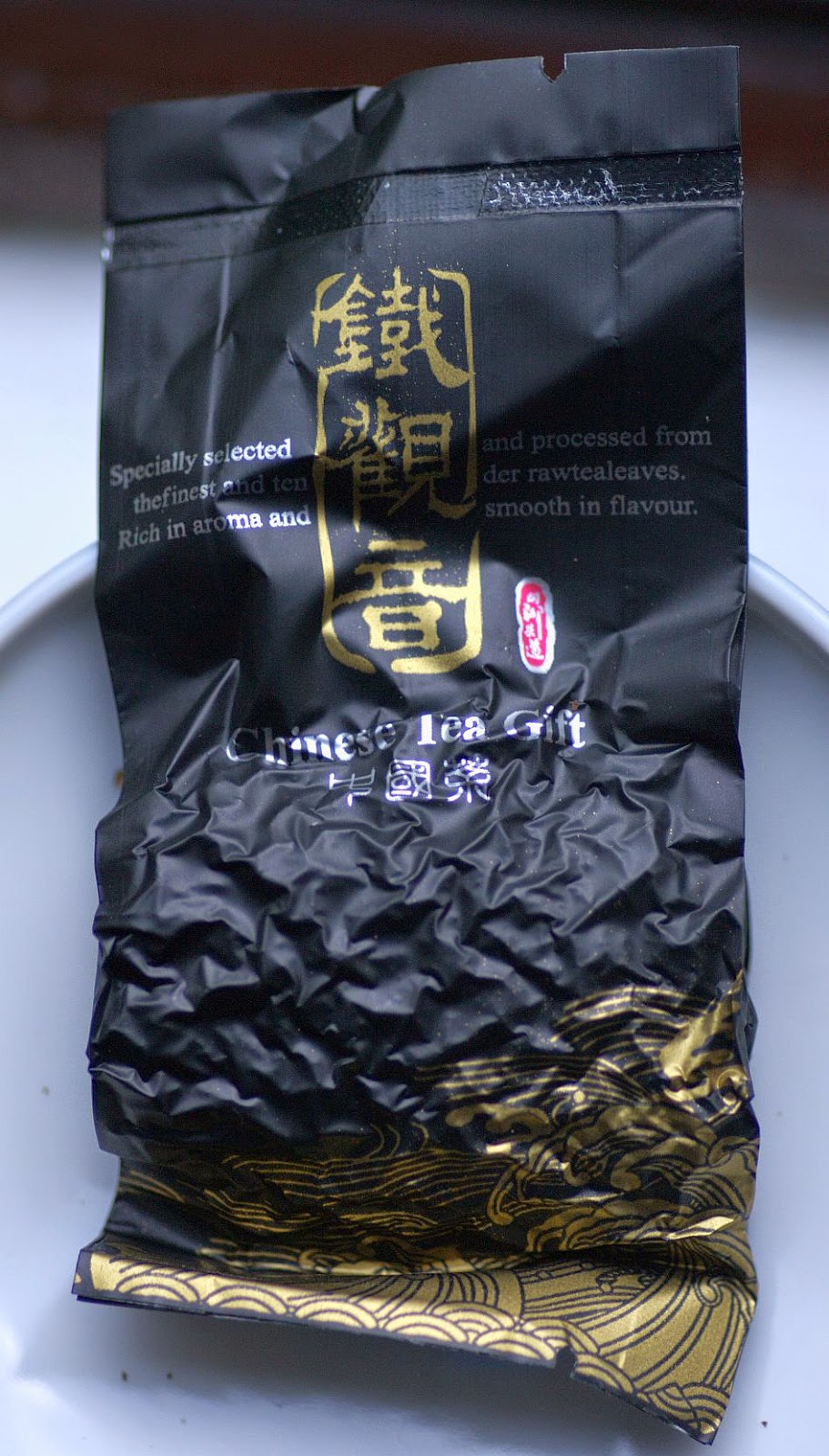 Aged Tie Guan Yin can be a completely delightful tea. It is sometimes even not that awfully expensive, which is definitely a plus (unless you get a cheap overroasted ripoff). This particular TGY is not super cheap, but $2.70 per 10g sounds quite fair to me, if the tea is a real deal. Which this... is. Unfortunately, dramatic pauses are not really that punchy when written. 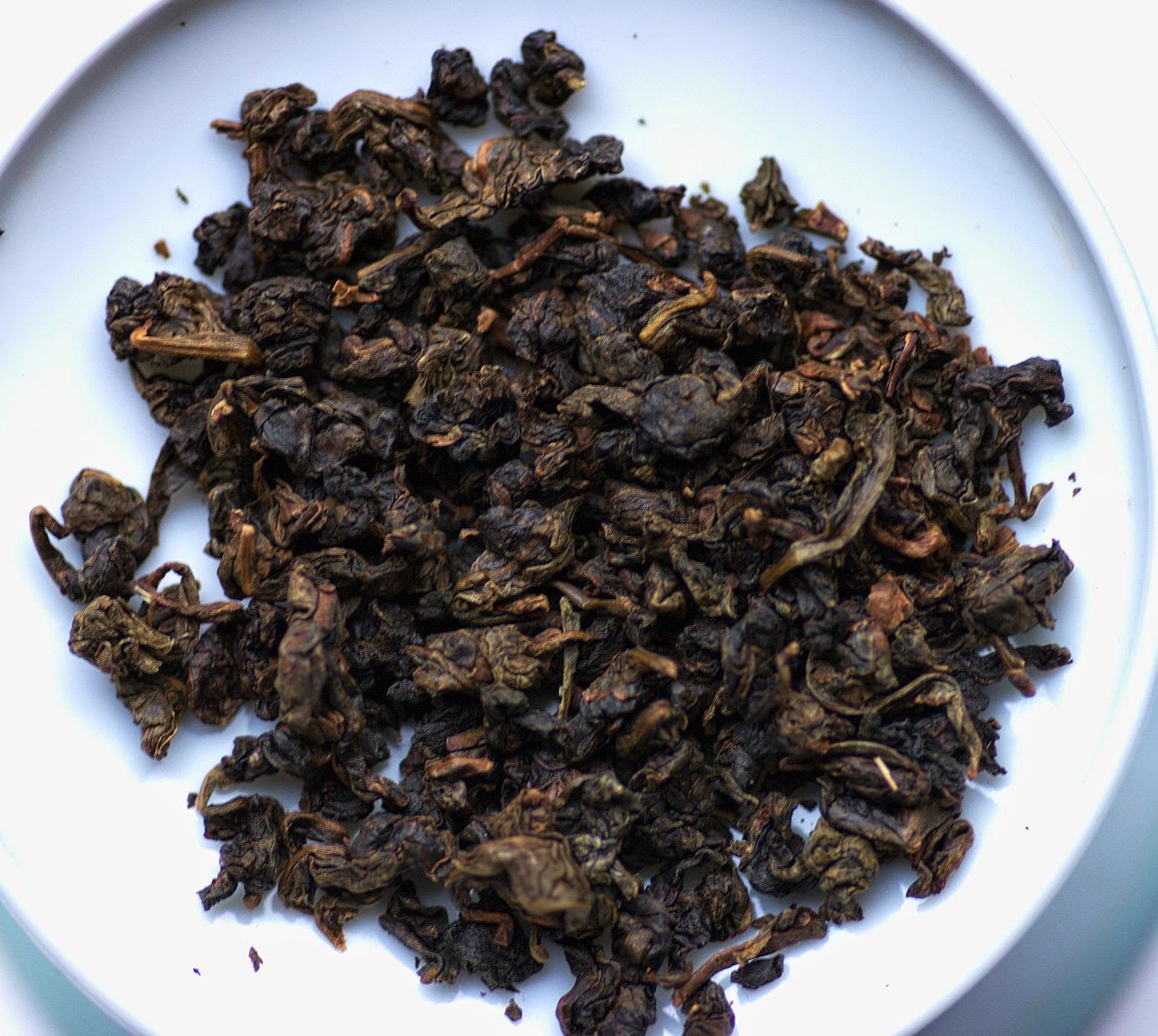 The leaves are of a pleasant dark brown color and an even more pleasant aroma of aged plums and nuts.

It certainly does not disappoint when drank too. The taste is very rich and deep. It may not be as explosive as the 2006 Benshan from the last post, but it is fuller and without a sign of a disturbance.

The taste consists mostly of dried plums, treacle, rich dark nuttiness and dark forest honey (which is quite in contrast to the 2006's meadow honey). The roasting seems to have been medium indeed - there are not features of a green oolong on one hand, but on the other hand, no harder roast is to be discerned.

It is also "well sat down" (~not that dynamic is another point of view), going along at its own pace as the steepings go.

After a long time without tasting any new oolongs, two inteeresting teas of the genre arrived in a package from Chawangshop. Let us start with the younger one today: 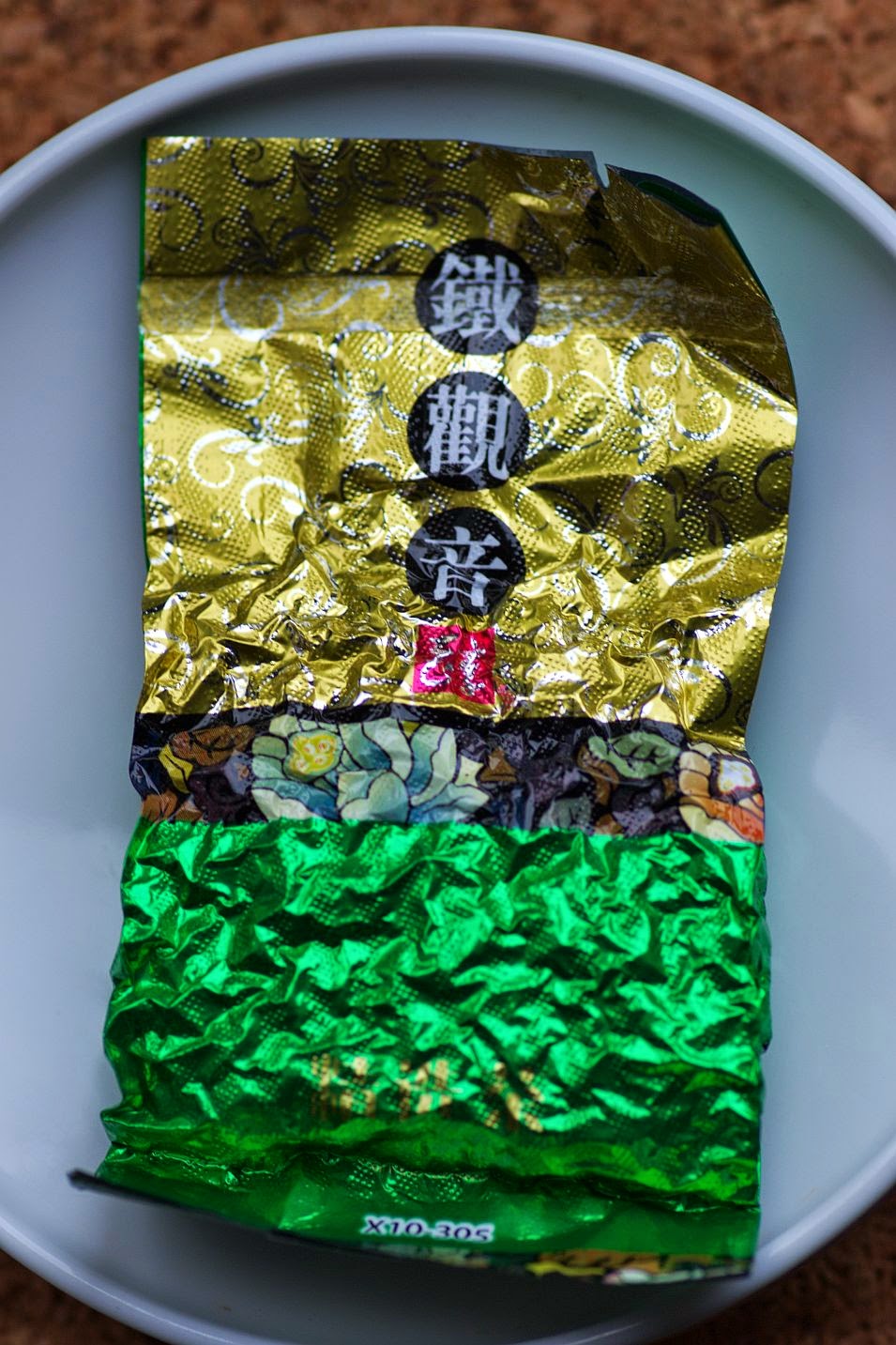 You have surely seen many packages like this. They are a sort of lottery - sometimes, they contain great tea, sometimes not-so-great tea. I was curious to taste this particular tea as Benshan is not an area I'd associate with a great deal of character and/or ability to excite me. 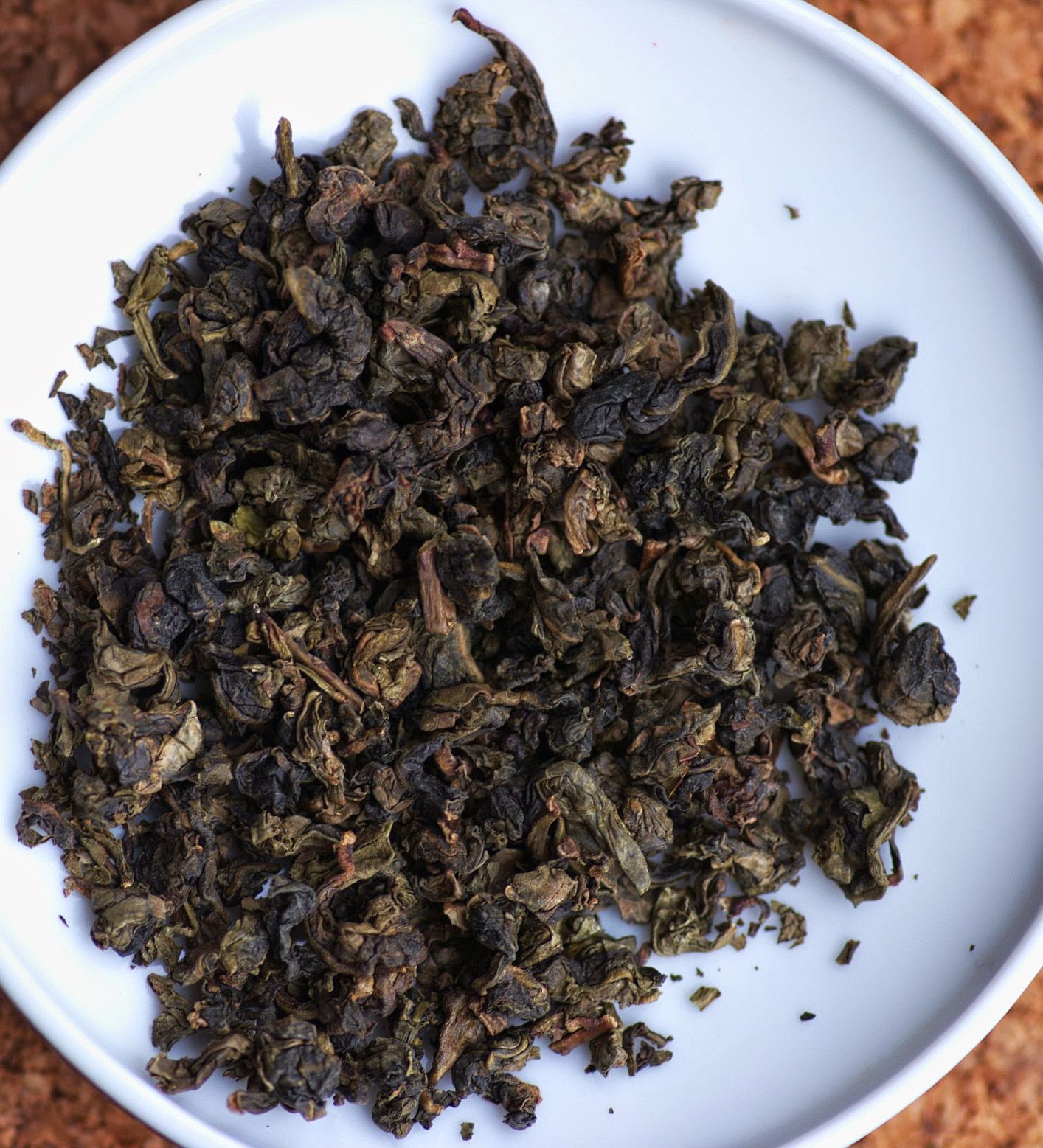 The doubts are forgetten when the little package is opened though. The aroma is so sweet, honey-like, with dried plums. A part of it must have been in the original material, but certain balance and sort of sweetness is, in my opinion, to be found mostly in a slightly aged tea. The leaves are quite green (possibly more than the photograph suggests), but no trivial floralness is to be found there - it is a balanced, summer-like meadowy good aroma.

With a rinse, the beautiful spectrum is made only more beautiful and sweet. 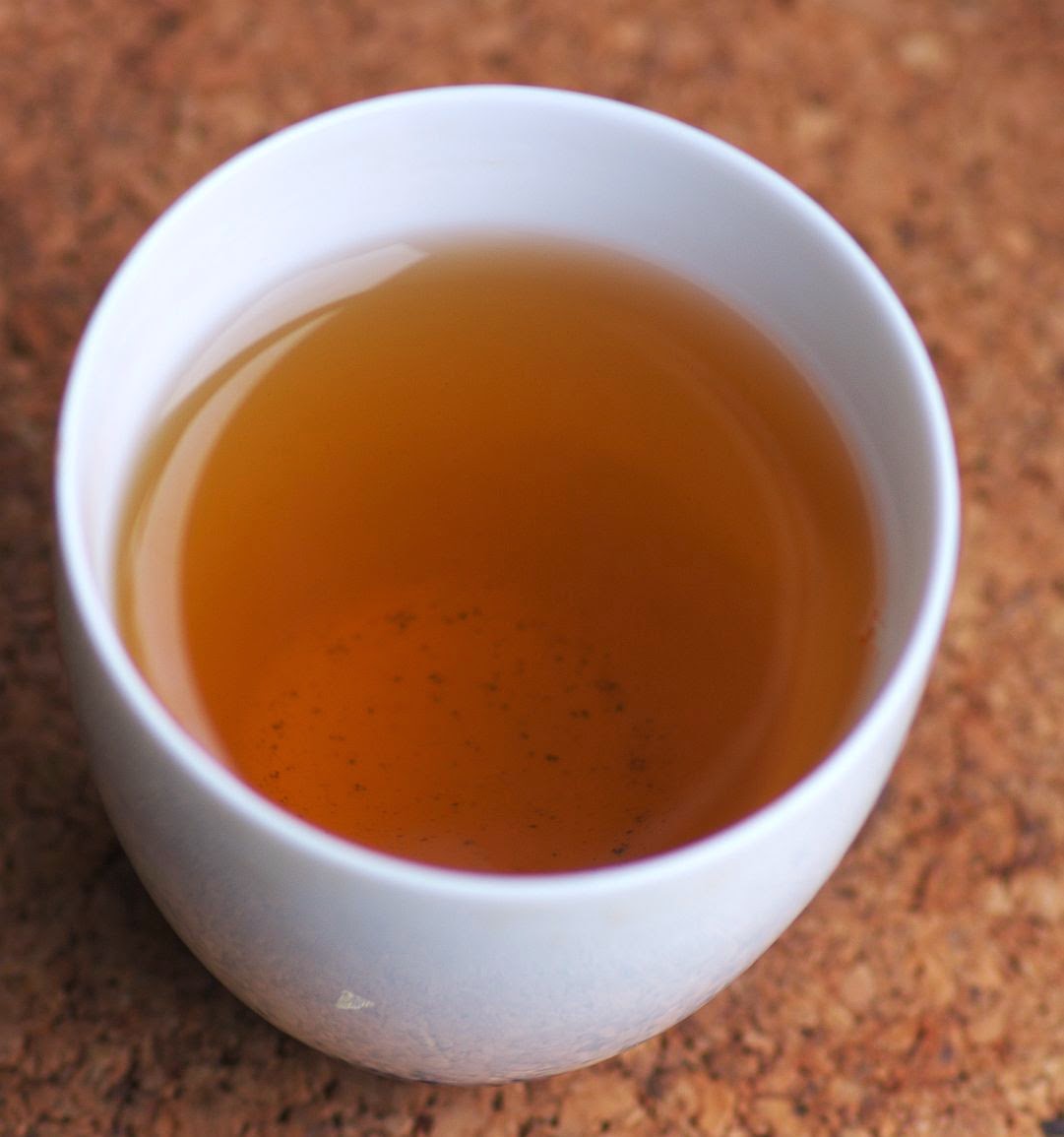 The taste can not really hold the extraordinary fullness and sweetness of aroma, but it is still very good nevertheless. It is smooth and thick, but feels perhaps a little empty (this is a criticism of a very good tea overall, it is not like this tea is hollow as a trunk of a tree from King's quest). The taste character is similar as the aroma suggests - mostly honey with dried plums. It is quite pleasantly light in character - a very friendly tea indeed.

The taste lasts... oo ... long! It is also rather active for this genre too - no dull flowery soup at all.

It rather reminds me of aged Dong Ding tea - I had one or two of these which, on top of the lovely taste spectrum, had the full fullness a tea can offer, which is why I considered them better. But for a rather casual oolong drinker such as me, the price difference is simply not worth it. This 2006 Benshan sells for $6 per 50g, which is basically a joke. For $8-10 per 50g, I'm used to decent oolongs, without major faults, but often lacking in aroma, being too bitter, etc. This tea is simply better than that - it is not an awesome oolong perhaps, but very good nevertheless. Yum! 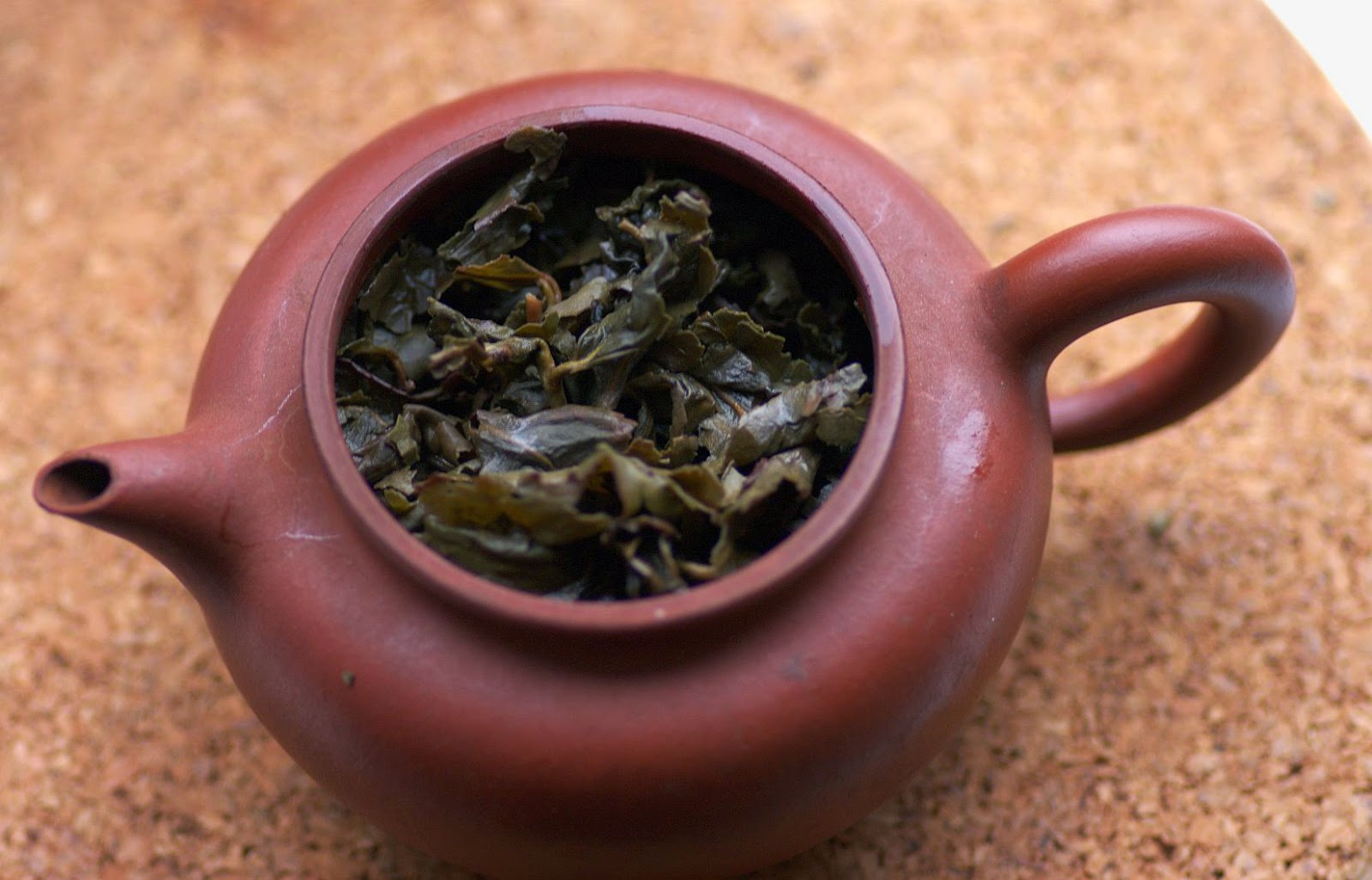 The next post will have a look at a 1999 Tie Guan Yin, which offers quite a different experience.
Vystavil Jakub Tomek v 22:26 Žádné komentáře:

It is interesting that just when I just about gave up on finding real bargains in the world of tea, one appeared after all. The Lao Yu cake is a small one (200g) and costs merely $14, however, it would be a pity to leave it unnoticed.

According to Honza the producer, this is basically a tea that Bulang people on Bada mountain make for themselves. As such, it does not have certain qualities that are desirable for immediate drinking, but on the other hand, it does not suffer from the flaws that some "drink now" puerhs unfortunately have. 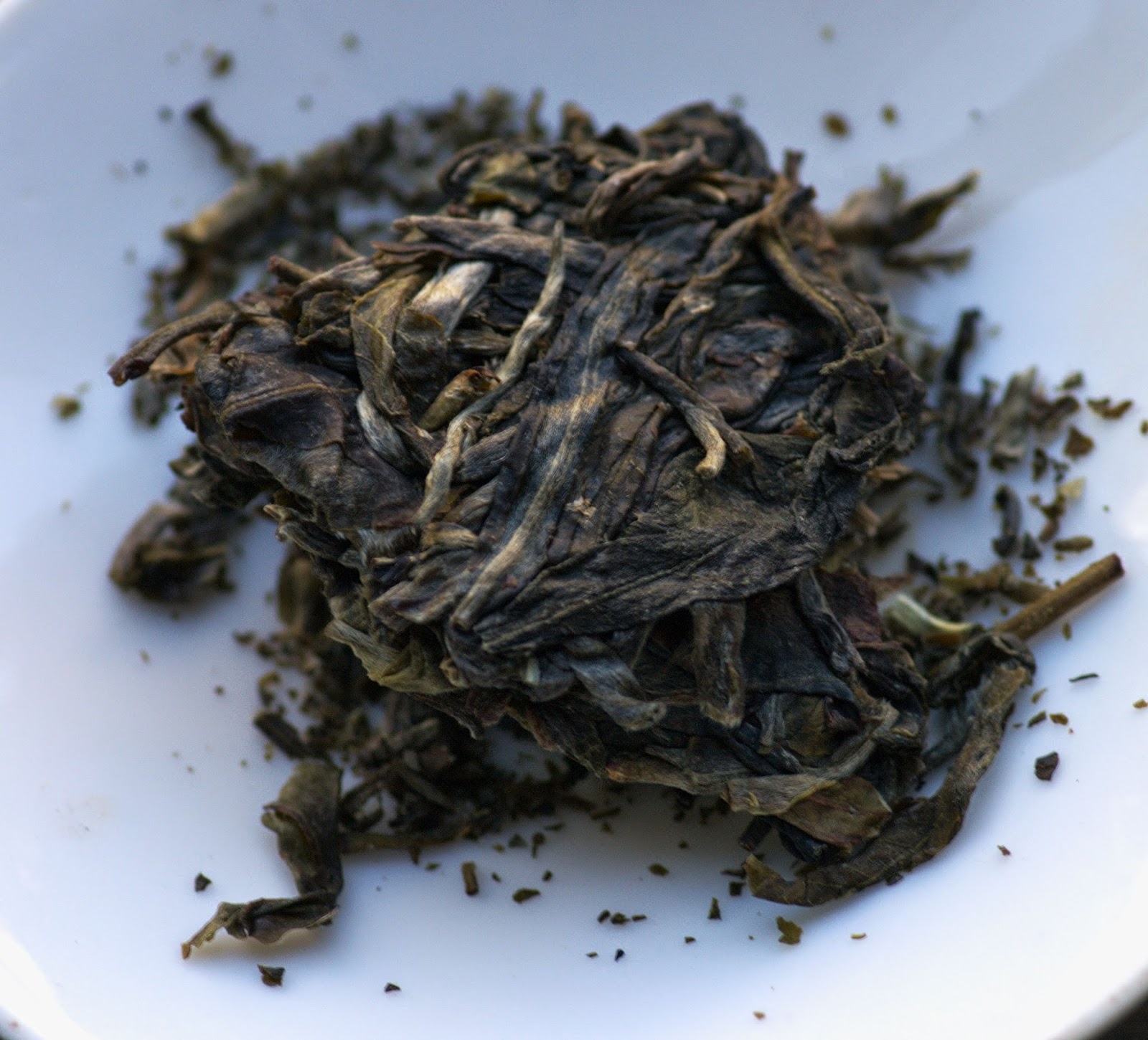 The dry leaves are rather small actually and smell fruity and floral. 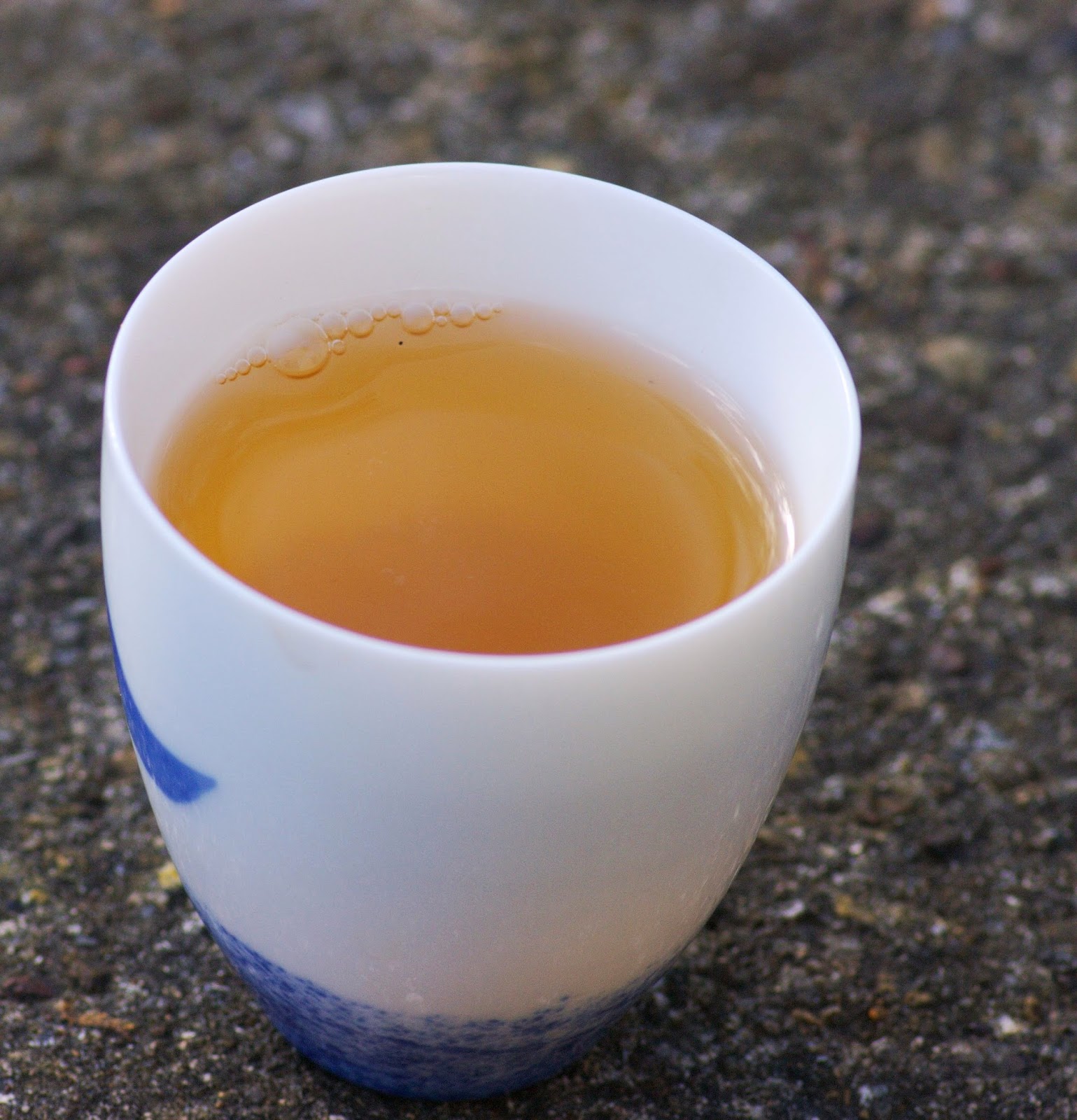 I still fail to understand why I like this tea so much, yet I obviously do. It is not like it's way different from any other young tea, but it does its job better than most; I guess I appreciate its honesty and cleanliness. I did not drink the "old style" puerh when it was young, but I would think it might be similar to this tea.

The taste is rich and good indeed - and it is a mixture of both Bada families I've encountered previously: On one hand, there is a good sweetness and fruitiness (peaches), young clay, along with "future honey" (dark sugary sweetness now, likely to become honey-like, in my opinion). On the other hand, there is also an element of the "other Bada" (piney needless and more citrusy fruit, especially pomelo). It is an interesting and, fortunately, not in the least conflicting. Along the "Bada part", I think there is a good "universal sheng" base which fills the "good mouthfeel" windows in taste, often left open by Bada teas...

Along the taste itself, the liquor is smooth, thick and pleasantly bitter and astringent - all is good (the bitterness is completely normal in a young tea and a) transforms well now, producing a pleasant aftertaste, b) should transform via aging).

The tea does not have aa "stoning" qi, but it always brought be the feeling of joy and positivity to me, which is an effect in itself. 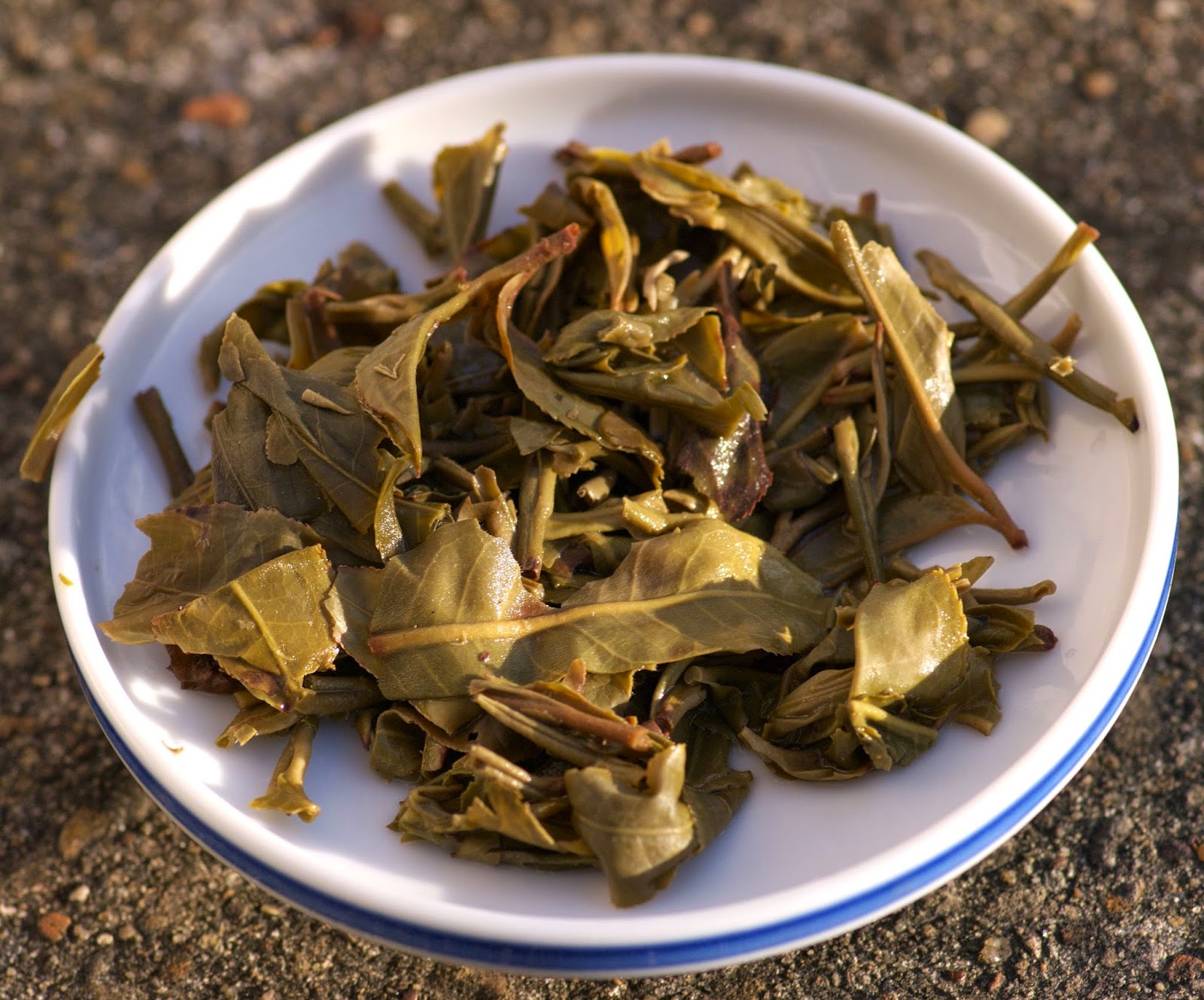 The tea is delight to drink now and due to its rich and strong character, I suspect it should be a much better ager than most "1D" Badas which are quite good now, but tend to lack something in the longer run (they are still very good and tasty after 5-10 years, no doubt, but they are not a first league tea unfortunately).
Vystavil Jakub Tomek v 16:03 Žádné komentáře: